Before its always been your Grandchildren's problem or your unborn child's problem and despite warnings, our lack of nepotism or what have you, we failed to act.  Well, now that we have proof that detrimental climate change is already here AND hurting us badly, VERY badly actually, how do we feel about changing our habits now?

I am posting my stats a bit late because I was in Disneyland at the end of the month.  It was a miserable trip. The temperatures were in the mid 90's and 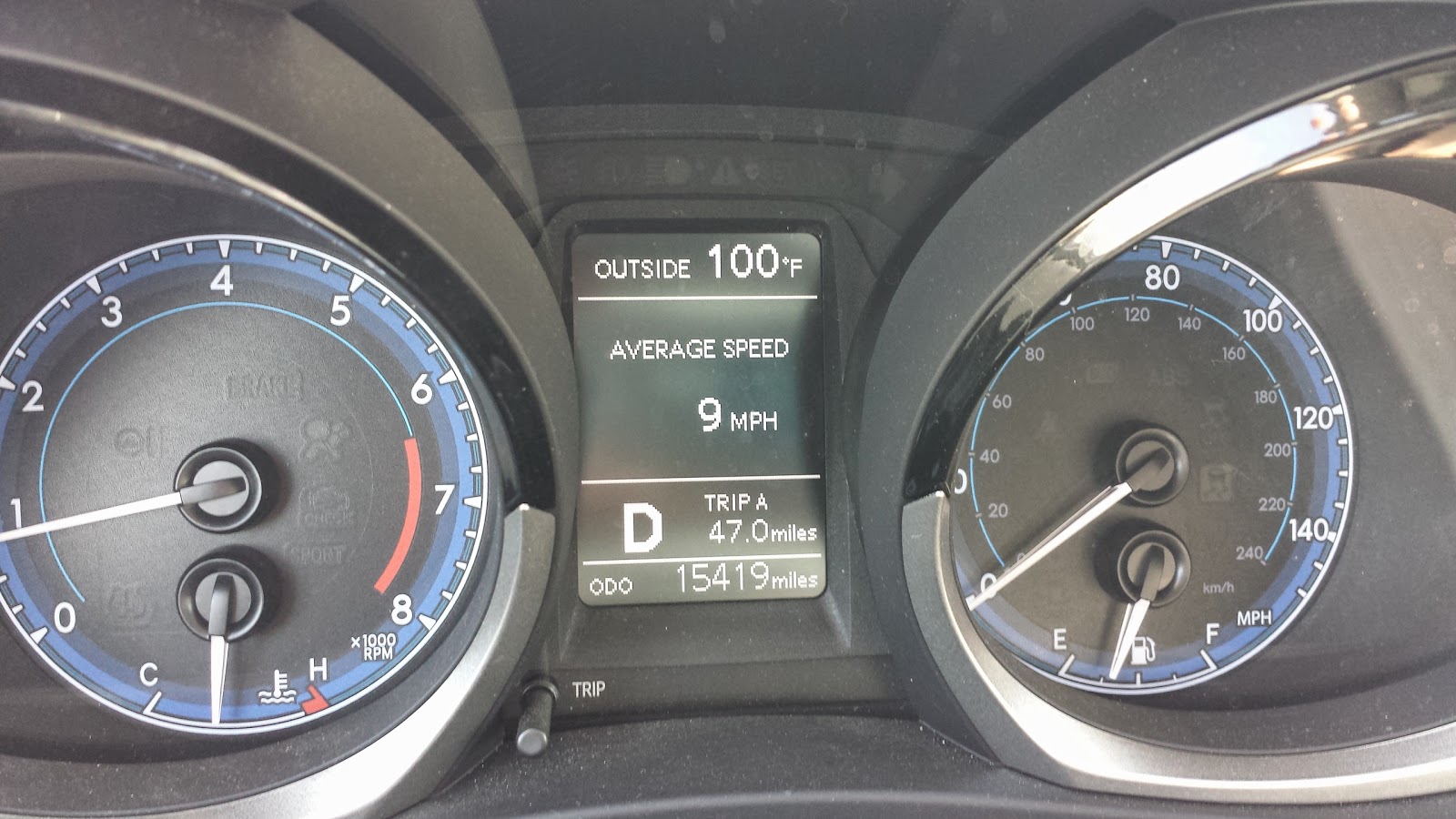 UP...mostly up.  We literally could not stand more than a few hours at a time and when you factor in a 30-60 minute wait in line for a ride, it was literally, get up, get there right when it opened, do 1-2 rides then bail back to the hotel to languish in the pool until nightfall.  Problem with that is that is when EVERYONE is there so the wait times and crowds double.

But I can't blame climate change right? Just bad luck. The day after we left the temps were to be in the mid 70's for the week. So we were simply unlucky. Problem with that is Climate Change is changing the odds making a "lucky" trip less likely.

Anyway, enough crying, I need something to cheer about!! So, gas cost for the month of April; ZERO!! I have a ¼ tank of gas in the Corolla and my last fillup was March 27th.  But I did drive 311.7 miles for the month (including a trip to the airport) so my gas cost was roughly $28 putting me at 8.98 cents per mile. I am guessing that I am still around 40 MPG and will update this post when I do get some gas which might be as early as the middle of next week or so.  Work reimbursement was $93.10. this drops my overall TCO to 81 cents per mile.

The LEAF traveled 1514.4 miles for a cost of  $34.60. Now that might change because I charged at Oly Nissan before my connection request was approved and was billed $5.50 by Chargepoint for it despite the display stating it would be $3.  But I will leave it as is...for now.

Anywho, that works out to 2.28 cents per mile. Once again my home electricity costs were low allowing me to not be billed at tier two rates for the month. (vacation helped with that...I think. Spending $3000 to save a few pennies on the electric bill?? hmmm) Work reimbursement was $329.84. Factor in the usual insurance and lease payments and we are sitting at a TCO of  17.4 cents per mile.

In other news; As expected my first drive after returning to Olympia showed my Hx at 98%. I am predicting a few days of normal activity will bring me back to 100%.   So its 6317 miles and counting and so far so good!