The Tides Have Turned

Recognizing emerging trends is THE most sought after trait in the corporate world.  The ability to see trends in their infancy and determining how best to capitalize on them has become the best way to become a billionaire before one's 30th birthday.

Television was long panned for its lack of quality programming and for years, TV did not care and the reason is because they did not have to. People watched anyway. Well, then came the internet, Androids, Netflix, etc. and all of a sudden, TV had to get better or perish and they did, BIG TIME.

Today, there is more quality programming on TV than ever. But is it too little too late? No not really, at least not yet because I am fairly convinced that the large influx of "must watch" shows has resulted in reducing the hemorrhage of viewers canceling cable to a slow bleed. It is still happening, but at least TV has bought themselves a few more good years.

But their inaction cost them. They simply did not think that people would abandon their precious cable boxes for streaming, 6 month old, TV.  But the movement is afoot. Cable companies kept raising the rates (mostly because TV in desperation had raised theirs) and soon, the TV bill became a bill that was not longer "too important to fail."

The automobile industry is also trending away from traditional cars towards EVs.  But again, automotive manufacturers appear to be missing the real trend here.  Last month, Nissan sold more than 3,000 LEAFs nationally for the first time ever. The automotive industry is hoping that this was the results of a year end push. Incentives to move out the previous models to make room for the 2015's that are currently being built for delivery soon.

Their response is to provide cars that got better mileage thinking that reducing the disparity in transportation costs would slow the EV roll.

I think they are wrong. Incentives have been around since day one, but up until now, sales have been lacking. Nissan has the bulk of the EV market with only Tesla providing any volumes but is not a threat to Nissan's market segment. I have always felt that 3,000 a month is the minimum level at which a product is officially "out there."   Granted EVs have nearly no presence in many areas of the country, including the Central West, Midwest,  Northern tier states, etc.  but after 3+ years, the real push for sales has shifted from incentives to word of mouth.  So for me; May was the "coming out" party for the LEAF.

Because you are reading this blog, you probably already plug something in every night but let me ask you; How many of you now have neighbors plugging in?  How many of you have only had these types of neighbors in the past say?  3 months? or even less?

Remember when it was a big deal to spot another LEAF?  As recently as this past Winter, I only really saw the same 4-5 LEAFs that have been bouncing around my town over the past year or two. In the last few months, that has changed and dramatically.  I live on a looped like cul de sac in the middle of the woods about 1.6 miles from town.   There are now two LEAFs that drive by my house on a regular basis. Now, keep in mind, I have no windows open on the front of the house so I do not see traffic of any kind drive by unless I happen to be coming or going. Trees obscure the road so even if outside, I generally don't see a lot of traffic driving by either.

Just as TV will be profitable for several more years despite their shrinking base, Automobile manufacturers will be too. They could simply sit on their thumbs and wait for Nissan, Tesla, Kia and VW to develop battery tech, then jump in with something then.  This is a huge gamble but one the automotive industry seems to take time and time again.

The only thing left is checking LEAF sales thru out the rest of the Summer. Is the 3,000 level a record that will stand for at least a few more months or a prelude to bigger and better things for Nissan and EVs in general? 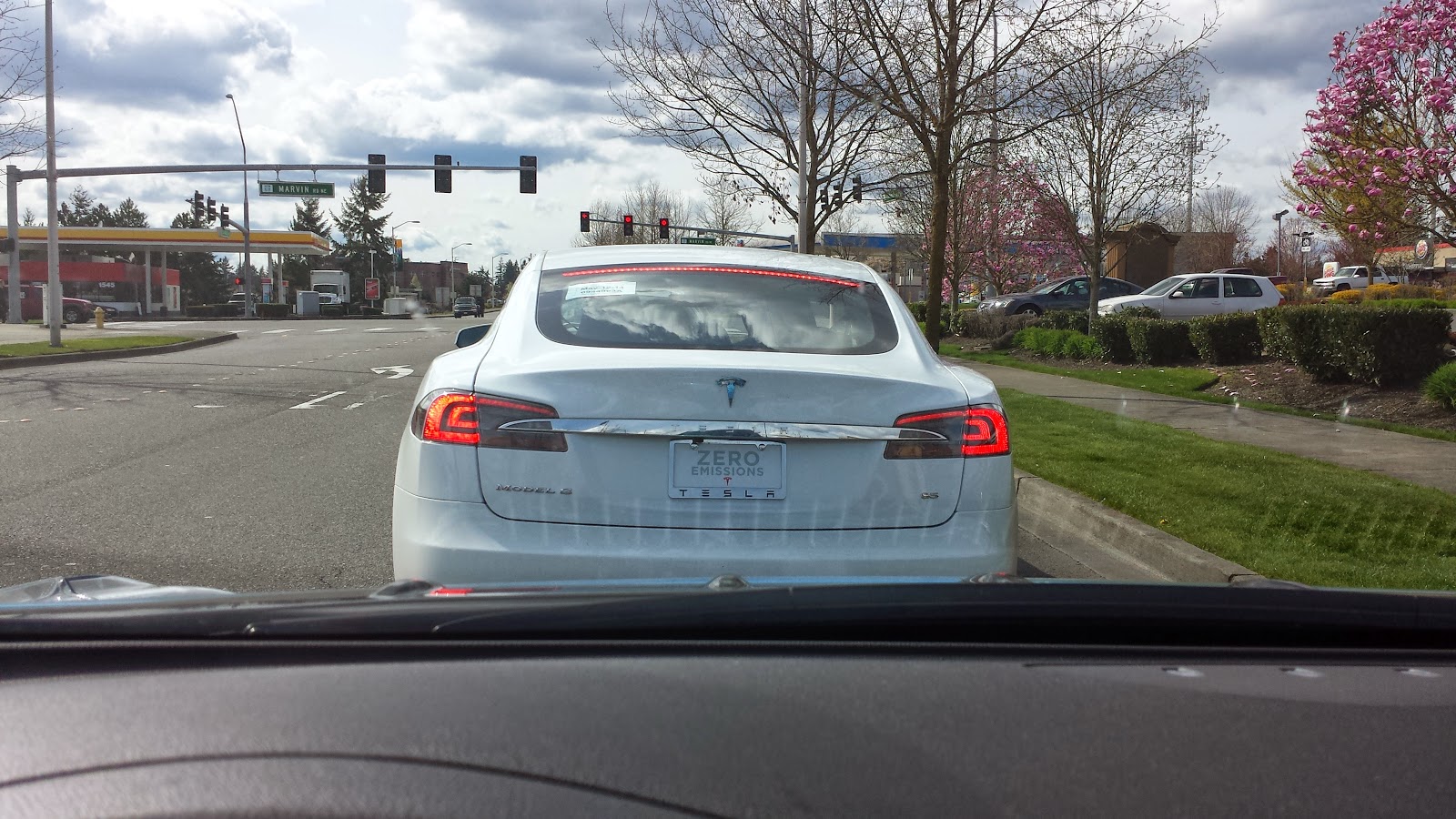 I think its the latter, so lets see what June Sales says!
Posted by DaveinOlyWA at 12:04 PM