July 2015 Driving Stats Among Other Matters of The Mind

Did a lot more flying than driving this month but still managed to go 1164.6 miles in the LEAF at a cost of $17.38 or 1.49 cents per mile. Did have some pretty long public charging sessions added in at no cost which accounts for the new low in cost.  But what the hey!  A lot of people enjoy cheap transportation options. 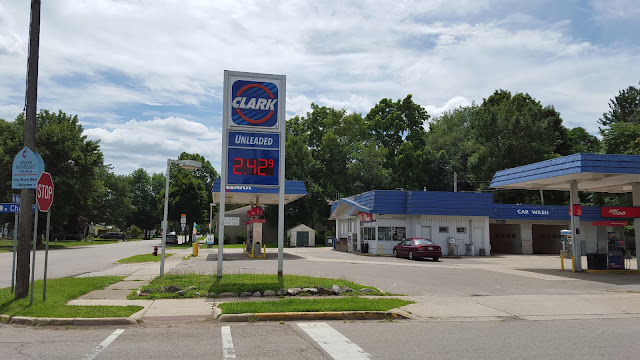 Here is the gas station situated in the thriving metropolis of Plainwell, MI  (pop 3802) during its "high water mark."  Gas actually was only $2.349 on August 1st.

But despite the cheap gas, Plainwell was still a charging mecca... well, maybe mecca is not the right word but with 3 public chargers within 2 miles of us, it was a very pleasant surprise! and yes the 2 miles do actually cover both Plainwell and Otsego. (pop of Otsego Township 3965) 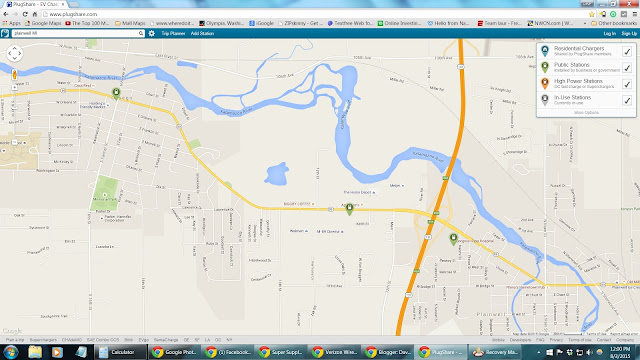 And even the casinos were in on the action. Here is a sign at the Gunn Lake Casino about 10 miles up the road 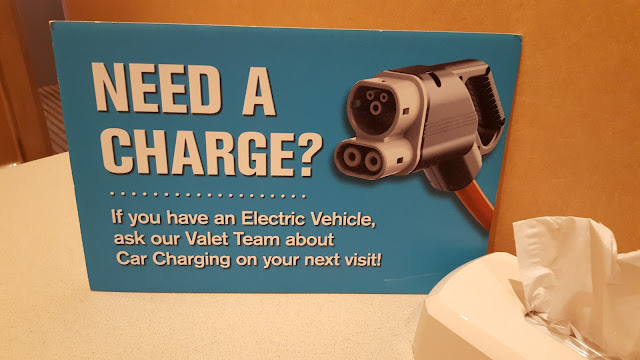 Since vacation took up half the month, driving was down so the Corolla eeked out 103.1 miles at a guesstimated 7.68 cents per mile for a total of $7.93

In other news, LEAF sales really tanked in the month of July but not really surprising considering the announcement that 30 kwh LEAFs will be on the streets in September.  Now, if you need the extra range (or more likely the extra peace of mind) then wait on the 30 kwh model. Its just around the corner but if you really don't need that extra range most of the time, keep in mind that Nissan will be pushing hard to get rid of the estimated 3700 2015's in the next 6-8 weeks. Grrrreeeat deals are sure to be had!

Now another concern many have is what is the best method for keeping your LEAF happy despite your abandoning them during vacation. Well, I parked my LEAF unplugged with roughly 116 GIDs on the evening of July 21st and returned last night Aug 2nd to 107 GIDs so I lost about 2/3rds GID a day which is actually quite a bit more than previous trips and wondering if the extra days played a part. Last year, I was gone 6 days and only lost 2 GIDs but other than that, everything else was fine. Car started without a problem so my 12 volt battery passed with flying colors.

Well that is all I have time for right now. Some how, I gained 12 lbs while on vacation so guessing its time to go exercise or something like that.
Posted by DaveinOlyWA at 12:36 PM 4 comments: