Oh Where Oh Where Has Washington Gone?

Recently Bellevue Nissan opened its new facilities with great fanfare and they should be proud. Several WA State dignitaries including Governor Jay Inslee were on hand to unveil a  SIX station DCFC network for public that will be accessible 24/7! 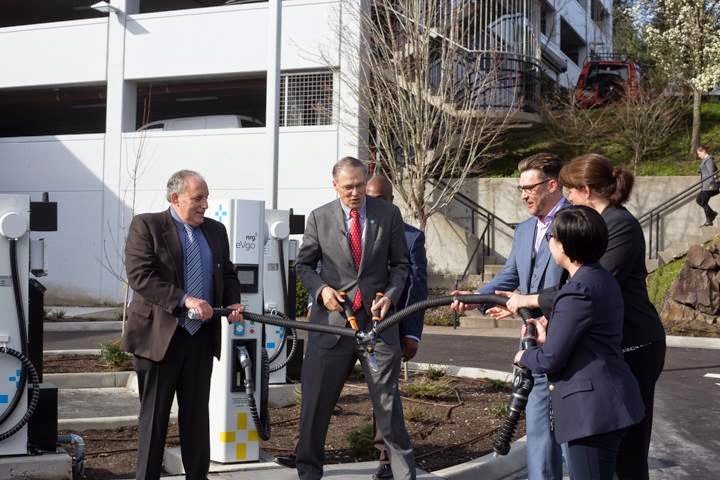 This is great news and the new stations will be one of the first for a newcomer to the NW, NRG EvGo. During the ceremony, Gov. Inslee brought up what has to be on the minds of every LEAFer in attendance and that is "Why have you forgotten about us?"

You see, Washington State and Oregon led the US charge for fast charger deployment. The West Coast Green Highway promised an EV corridor that would allow travel in a Nissan LEAF from Canada to Mexico. The first stations started going in early in 2012 and there was a lot of excitement that many more would be coming soon. But the hype has not lived up to even the most modest of expectations. Fast forward 3 years and we still have huge areas of the state that are inaccessible while Oregon has covered nearly every inch of the Western portion of their state while other portions of the country have taken notice.

Now, I expected places like California to take the lead in fast charger deployment due to weight of massive Humanity if anything else but  Kansas City (of all places) will soon have one of the most comprehensive fast charge networks in the country. Kansas City??? When did they become the hotbed of EV adoption??  But electric vehicles are here to stay and although we all know this, others have taken the initiative that we are seeming to lack. 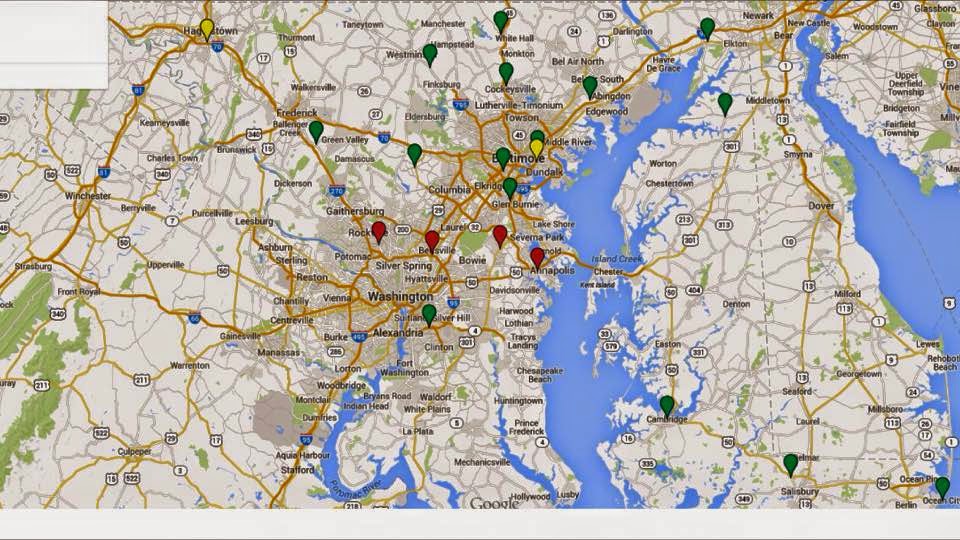 Governer Inslee introduced WA State's planned roadmap that would bring over 50,000 EVs to the state in the next few years. In support of this plan, he outlined plans on how and where public charging support should happen.

The plan was likely a result of the study done by the state and published last June concerning the lack of public charging support in the state.  A few of the findings

Despite having one of the most extensive Level

2 charging networks in the United States,

not be enough to accommodate its current

charging port is needed for every 2.5 EVs.

Washington has 11 EVs for every Level 2


This is just the beginning. Although the report mentions it, the figures above do not take into account, how many of the stations are operational. Blink chargers lead the pack in unreliability and although the new owners CarCharging  has shown more initiative in keeping stations up and running, they have also been slow to react to new repair requests, sometimes taking weeks to respond.


Of the ZIP codes in Washington with an EV registered,

59 percent do not have a Level 2 charging station.

In fact, there are eight ZIP codes in the Seattle area with

more than 50 EVs registered and no Level 2 charging


A bit of a caveat for this stat. Yes, Seattle does have some very high end neighborhoods that simply do not have viable locations for public charging facilities, but that is not the case, especially not THAT often!

Now, we are talking! Its nice to know that at least they are aware of the challenges we face. I have mentioned several times how the Olympic Peninsula is out of reach for a day trip despite having some of the most compelling "touristy" areas of the state!  Combined with Grays Harbor County and its economic woes, it just makes sense to provide a lure for out of area dollars to support local businesses and generally speaking; EVers have more dollars than most (me excepted of course) and are nearly always VERY grateful to any charging station host.


On the other hand, the number of DC

fast charging stations in a county does not need to match

its EV registration level. This is because DC fast charging

is often used for traveling long distances, so drivers are

way to a distant destination, not close to home.

Like say what??  In an 85 mile range EV, public charging is most definitely an issue especially since the average county is about 35 to 50 miles from one end to the other.  So their idea of "long distance" is scaring me just a bit.   But at least they do recognize that time is the most important factor.

So the State started looking at traffic densities as a guideline and this is where the light at the end of the tunnel became visible and it does make sense that if the objective is getting current non-Ev'ers to convert, we need to know where they are going and BOOM!! First thing they noticed is Highway 12 from I-5 at Grand Mound to Highway 8 in Elma has a lot of traffic for a two lane country road. 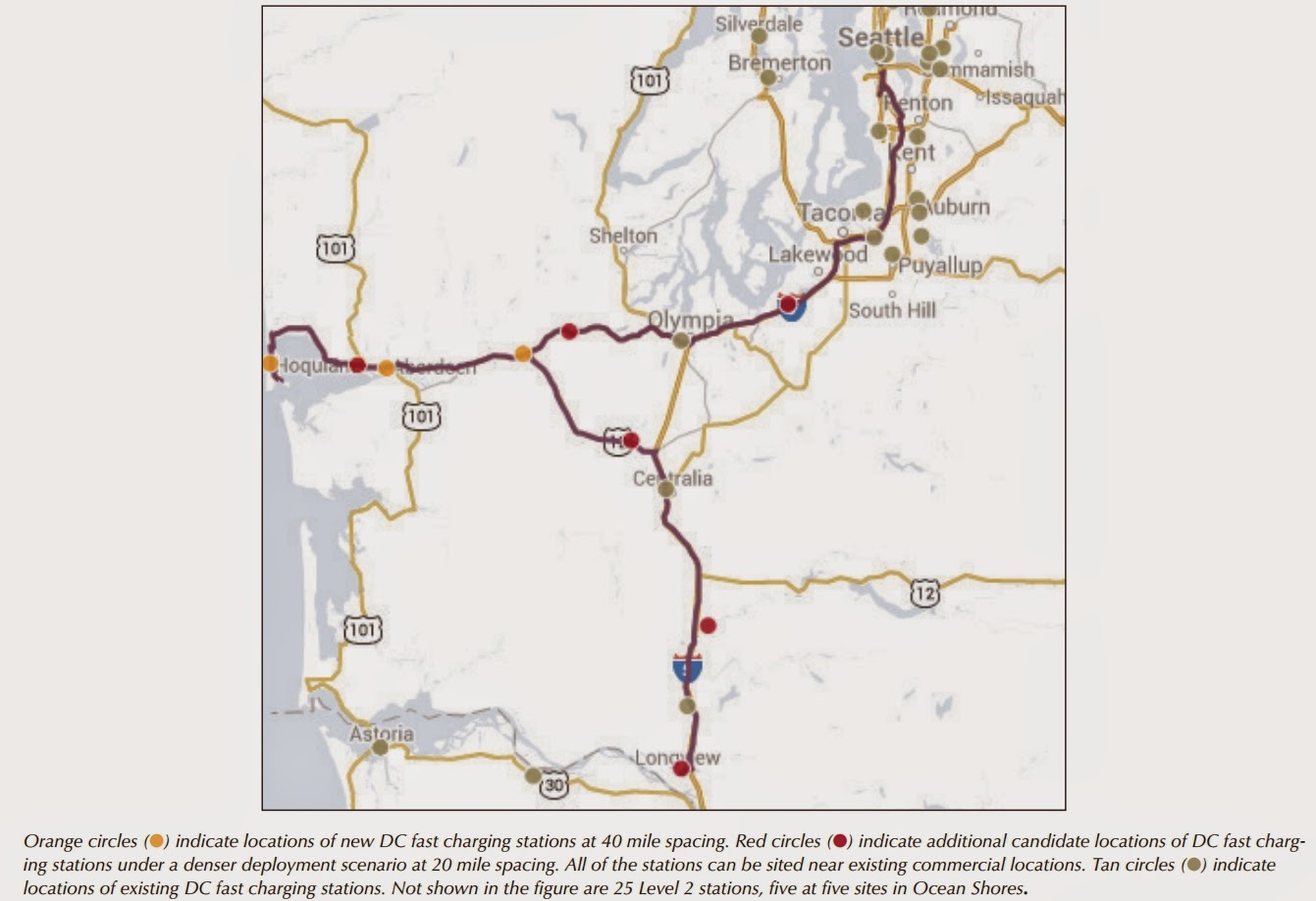 In the map above, Highway 8 is the main road to the coast from Olympia while Highway 12 is the road heading Northwest from Centralia.  This is a great start but what is missing is coverage of the Olympic Peninsula on the Highway 101 Loop.  The Western part of the loop shown North of  Hoquiam is not a very heavily traveled area but the Eastern half especially to Shelton is and Shelton is an ideal location for another charger along with Gig Harbor and Port Orchard.

Going South on 101 from Aberdeen is Long Beach, WA a town of World Renown for well, being windy and I mean REAL windy, so much so that Washington State International Kite Festival is held there annually but the only real way to get there is to loop down and around thru Oregon using their fast chargers!  Is that pathetic or is it just me??  But another fast charge station (keep in mind, there is currently ZERO PUBLIC CHARGING STATIONS OF ANY LEVEL in Grays Harbor County) in Raymond, WA would be very welcomed and despite the relatively low levels of travel, would definitely be used!

But as always, money is the issue.  Fast charge stations cost a bundle compared to level 2 stations especially when most require a utility upgrade first. This is where public utilities can help. 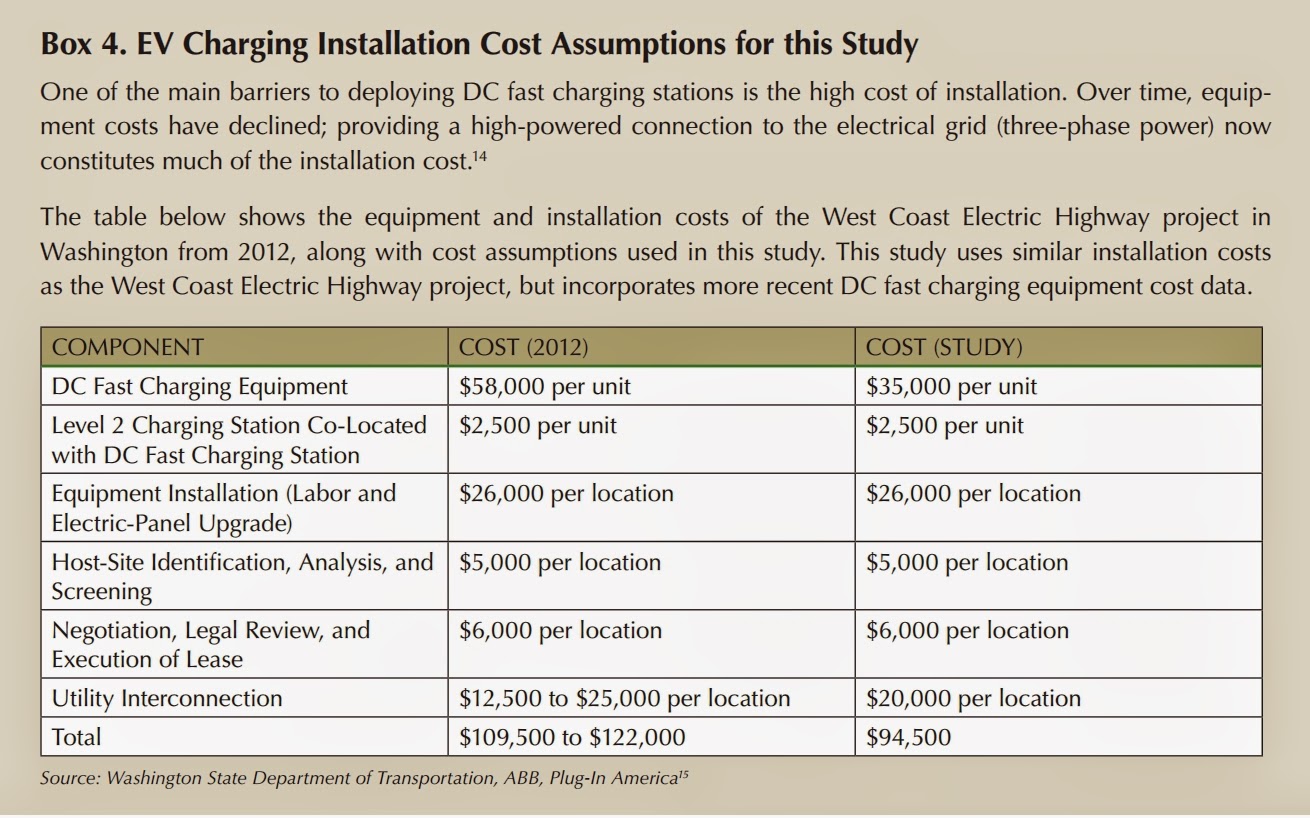 Granted, the info on this graphic is a bit dated especially on the actual station equipment costs but as you can see, its the connection fees that really push the price up.  But its hard to expect the public utilities to play along unless we show them how it benefits them right?

Well actually that is the easy part. Notice which entity gets the most check marks below? 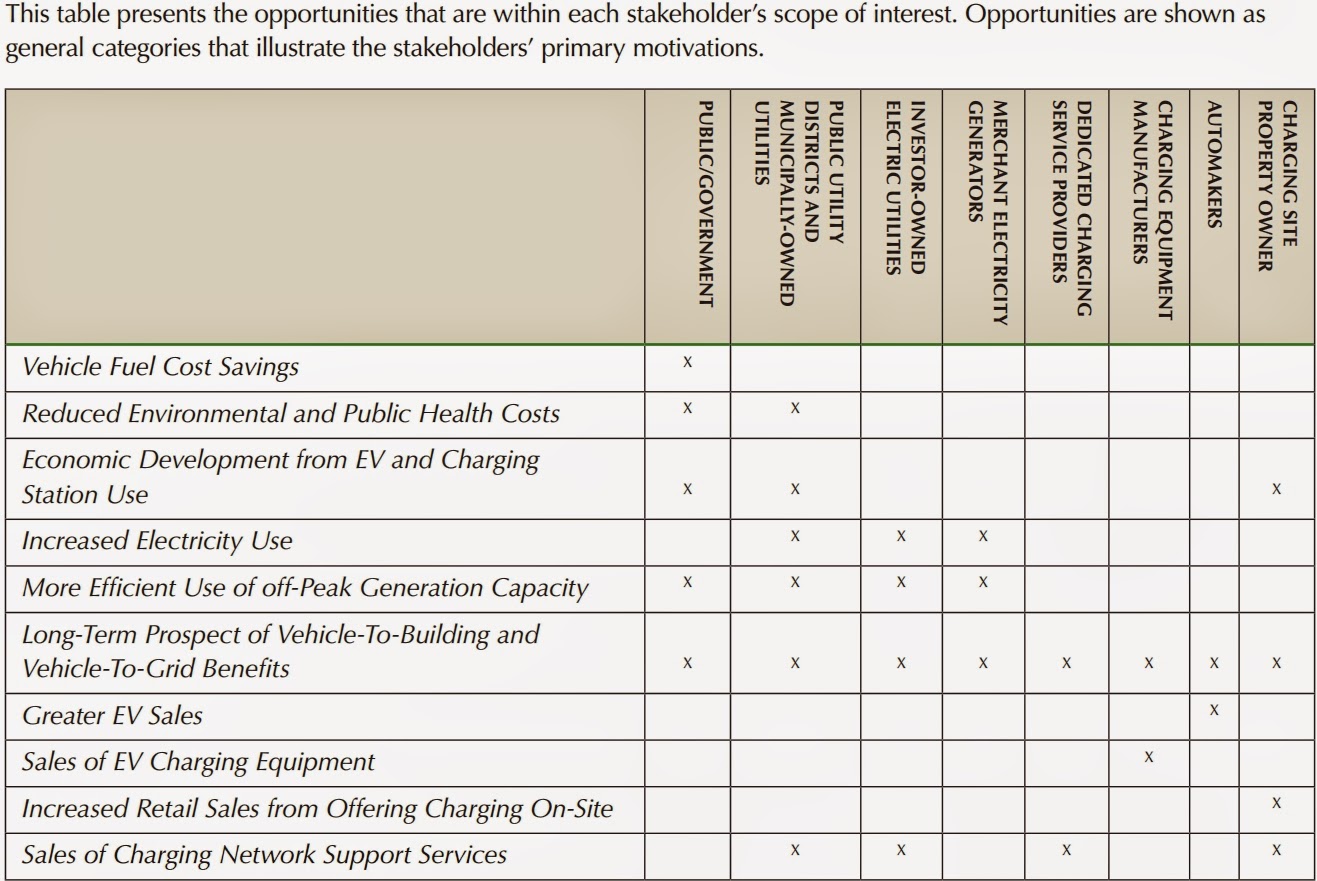 Ya, that's right, it the electric company that will ultimately be one of the big winners here so why shouldn't they pitch in?

All in all, WA State residents continue to be leaders in the EV adoption field using their wallets to buy a lot of cars! Its time that the State and local businesses start opening their wallets. A Cleaner transportation system benefits every resident and business in the state!