But I have to admit part of the reason the Corolla got the lion's share is that I was experimenting a bit to see how out of balance I could get my pack. If you remember, I was seeing near new battery stats at the beginning of the month which I have to think was partially due to a well balanced pack.  A few times during this stint of high numbers, I was seeing as little as 55-60 mV range with SOC under 15%.  My numbers had dropped considerably going as low as 60.99 ahr, 93.78 Hx and 20.4 kwh available.  This was accomplished by basically keeping the LEAF in town.  Over 10 days, I did not drive more than 12 miles at any one stretch with one charge up lasting 6 days!

So today, it was time to see how bad the balance was and I saw this at 10 GIDs 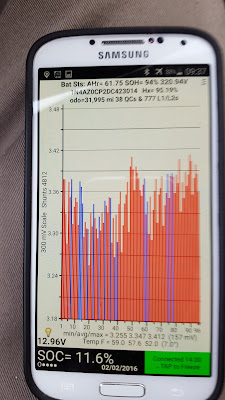 Pretty wild swing especially considering I wasn't even driving when I took this pix. Just parked in the garage.  Guessing under power, it was probably worse. For at least a week or so, I plan to go back to regular LEAF usage and should have 3 (including today's) deep discharges. We shall see what the balance is a bit later!

In other news; Oil companies claim a 91% drop in profits from 2 years ago which basically means their profits went from insane to merely ridiculous.  They may cry a lot but no one on the board is going hungry. This reminds me of an article I read about how the US Economy has not reacted as some expected due to low energy prices. The economic uptick has not happened and I can tell you why it hasn't for me.

But habits of gassers has changed. Guessing they are not realizing how little they saved but its hard to tell. This morning, I was unloading equipment from my car making two trips back and forth and the whole time, there was a car idling next to me. So, I snapped a pix.  Well cell service inside the building sucked and got a call from my district manager and went outside so I could hear her and that car was still there smoking away 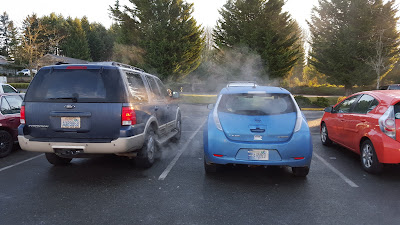 Can I have him arrested for attempted "Autocide?"

I posted this online and immediately got stories about similar situations including a soccer practice where one parent idled inside their car the entire time; 90 MINUTES!!  Which reminds me!

Michael E. Mann, a climate scientist at Pennsylvania State University, calculated that if the global climate were not warming, the odds of setting two back-to-back record years would be remote, about one chance in every 1,500 pairs of years. Given the reality that the planet is warming, the odds become far higher, about one chance in 10, according to Dr. Mann’s calculations. 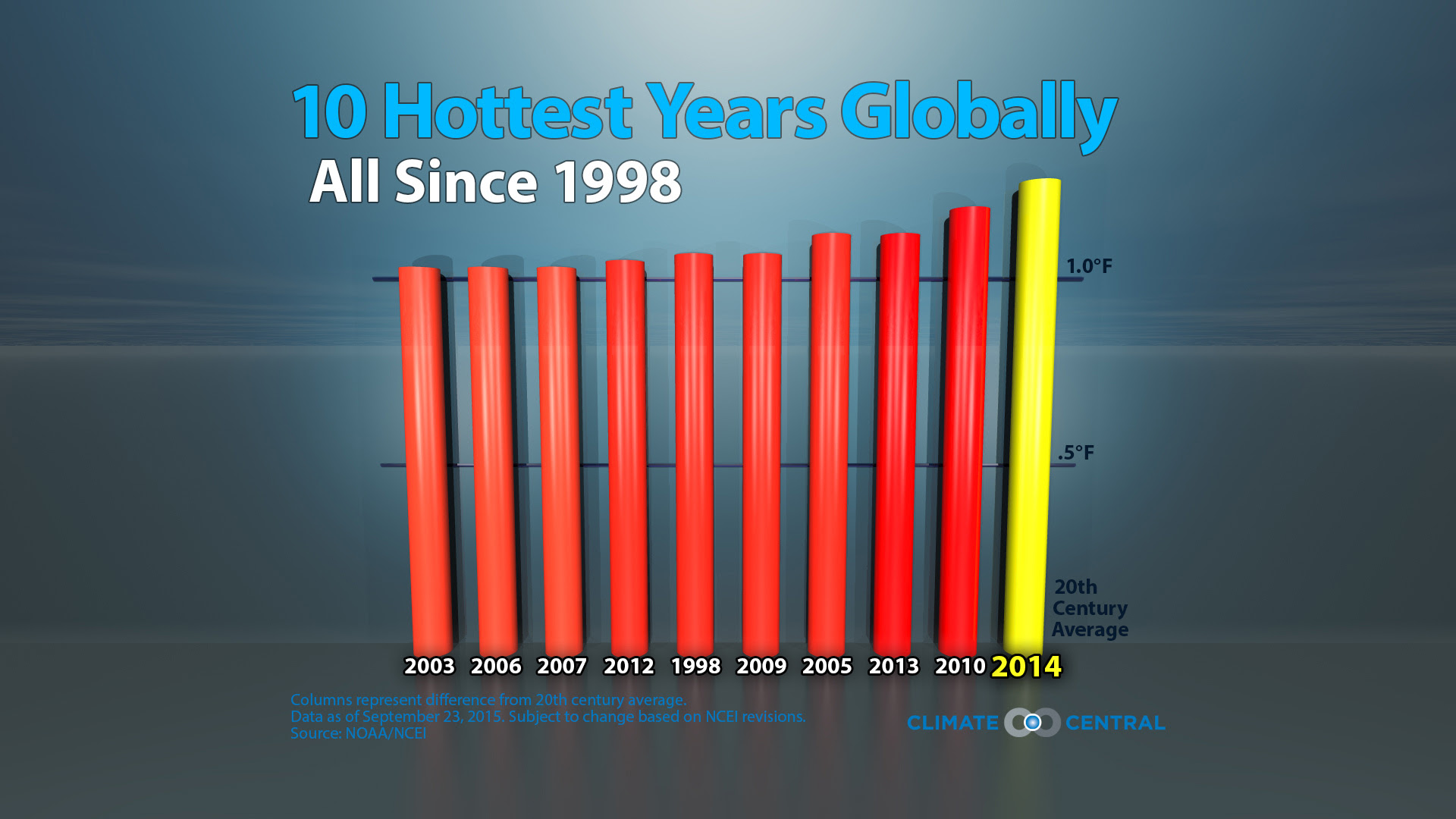 Back to the article the quote came from


Scientists started predicting a global temperature record months ago, in part because an El Niño weather pattern, one of the largest in a century, is releasing an immense amount of heat from the Pacific Ocean into the atmosphere. But the bulk of the record-setting heat, they say, is a consequence of the long-term planetary warming caused by human emissions of greenhouse gases.


Well, you know scientists. They are hesitant to make blanket statements so they say they have to look at the next few years before they can say for sure that the World is in a warming trend.

Well, I ain't no scientist but I do know Human Behavior enough to know that cheap gas might as well put next to Devil's temptations and Republican Presidents for things that seem too good to be true...
Posted by DaveinOlyWA at 12:57 PM