As expected Nissan finally let the "cat out of the yard" announcing the specs for the 2016 LEAF and as expected the 30 kwh battery pack makes its debut on the SV and SL models and will hit showrooms around mid October (or when the 2015 inventory is sufficiently depleted...) but that was about all that happened that we knew about.  There were a LOT of surprises. 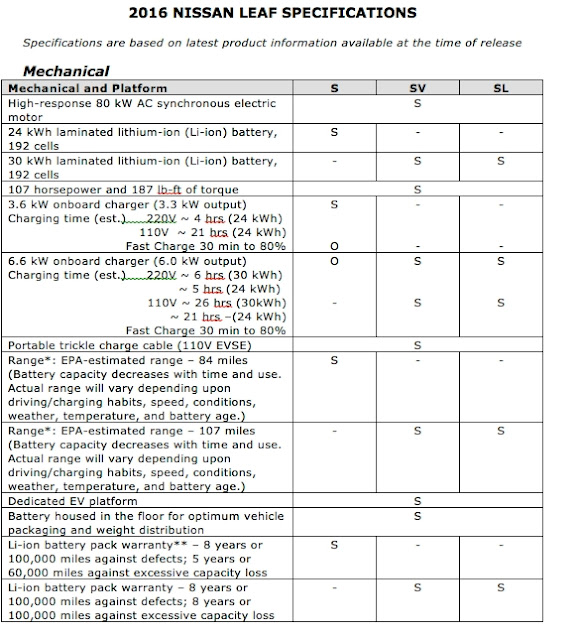 **Good Surprise**  Actually a very good one. Notice the 8 year/100,000 capacity warranty on the new cells in the 30 kwh pack?  Signs of great things in the future!  Note the fast charge is no longer an option on the SV/SL.  It was an option on the SV for $1630 on the 2015's. More on this later. Not sure what the "excessive wear" means on the 30 kwh packs but guessing its the same roughly 67-70% degradation level as the the 24 kwh battery has  (verified thru Nissan Press kit release) . Would be great to see that lowered but no word on that and pretty sure Nissan would have mentioned numbers if it had changed. 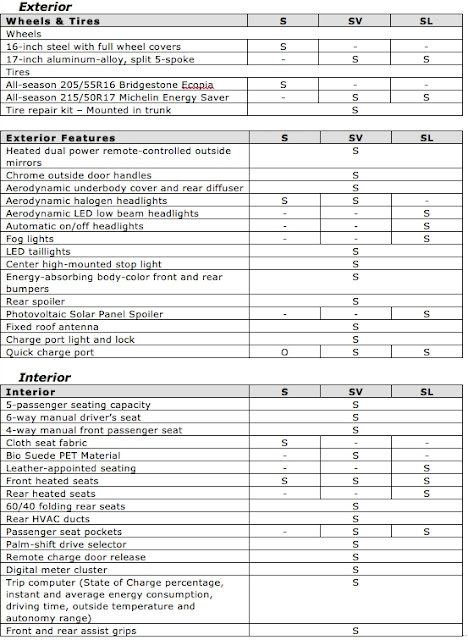 **Minor Surprise** no more rear seat heaters for S/SV.  I admit mine was rarely used but it was a GREAT conversational thing and very cheap heat! 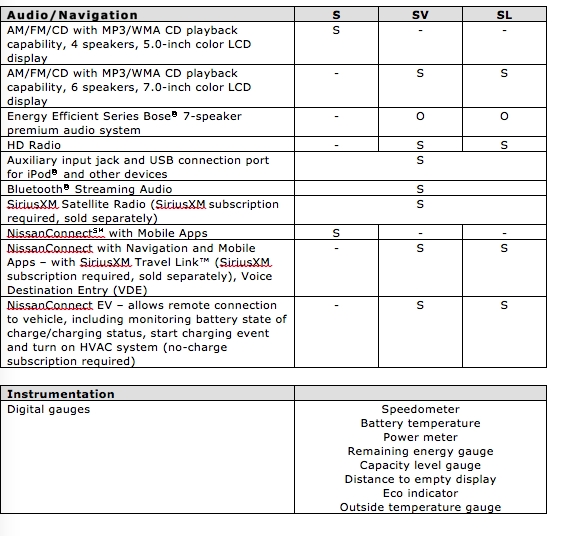 **Surprise to be determined**  Nissan introduces "NissanConnect" which replaces Carwings and hopefully adds over the air software updates, faster connections and wi-fi ability but then again, maybe a bit too much wishful thinking here 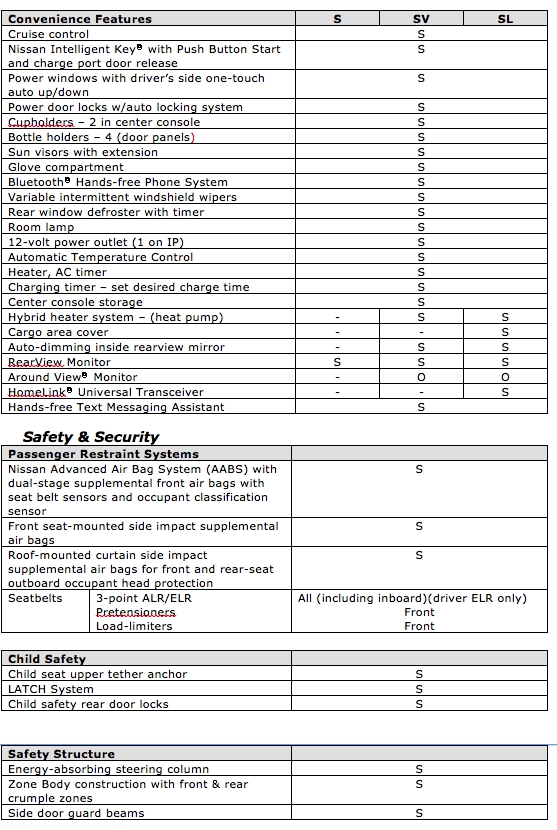 **For S trim fans, the rear view monitor size has been increased to 5" which is a good thing. Mine was hard to see. What would be really nice is a hood to shade the screen. Living in the far North AND on only stretch of the North/South I-5 that travels east/west AND living on the western edge means I drive with the Sun in my face every morning and evening. 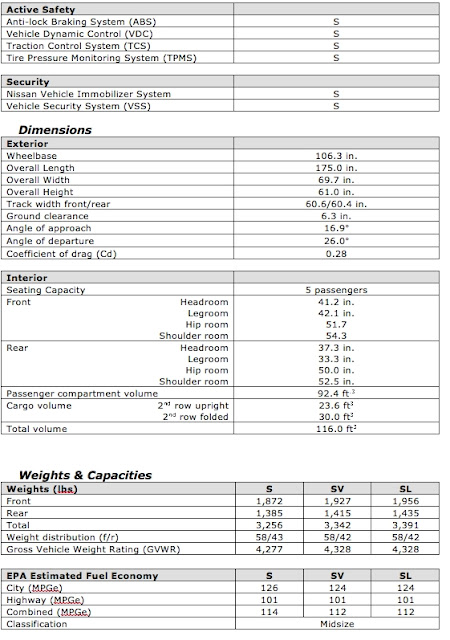 Since this is not LEAF II, no real changes here other than the slightly heavier (46 lbs) 30 kwh pack weight.

Either way the pricing does not make sense so I started checking other reports which only increased the confusion. Now the top info came from MNL so checking other sources,  Green Car reports the S Trim dropping to $28,060 which makes sense and does agree with a price of $34,200 on the SV with EVnewsreport  but that still makes the battery pack upgrade on the SL 3X more expensive but then again, who knows right?

In conclusion; hoping Nissan's new "NissanConnect" gives us something more than Satellite Radio (and other garbage I don't want) and am excited to see how well these new batteries hold up in the AZ heat. (FYI; I know someone who gave up on his Prius because it could not stand the AZ heat either, so its not just a Nissan thing) and I have to say that 2015 may have been the year of "2015 S trim with charge package" and 2016 looks to be the year of "100 mile SV" but can't say I am happy with the way prices are moving.  I always had doubts about Tesla's $35,000 claim on the Tesla 3 and nothing has happened to change my mind on that but looks like Nissan is headed out of the "affordable" area with the larger battery packs.  I am now afraid to speculate on how much the 2017 (or 2018) LEAF with is double range pack will cost.  So does mean we might be thinking about a 2017 "LEF?"
Posted by DaveinOlyWA at 7:45 AM