Yesterday afternoon, I had the chance to spend some time with Route Del Sol at Puget Sound Solar in Seattle. It was quite the experience but pales to the great adventure Route Del Sol will spend nearly 3 years accomplishing.  Swiping pix from the webpage (hyperlinked above) their mission statement is short, concise and says it all! 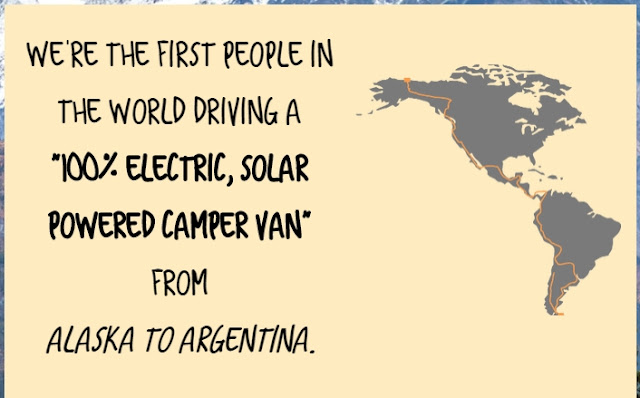 Route Del Sol is two people; Joel Gregory Hayes, the techie and Keegan Taccori the vblogger, but like any major undertaking they are the iceberg of exposure with a lot of hidden support including Solarrolla the company who helped modify an "off the shelf" BEV for the epic journey. 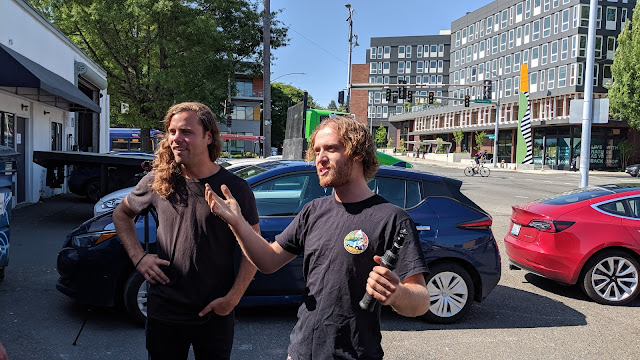 Joel, Keegan and my LEAF! What a trio!!


The van, a 2010 International E-Star BEV started out life... well, slowly. It was discovered after 7+ years of life with an odometer reading of 500 miles.  Despite the initial sticker price of $150,000, Route Del Sol was able to get it on the cheap. But it needed work before it could run on the Sun. 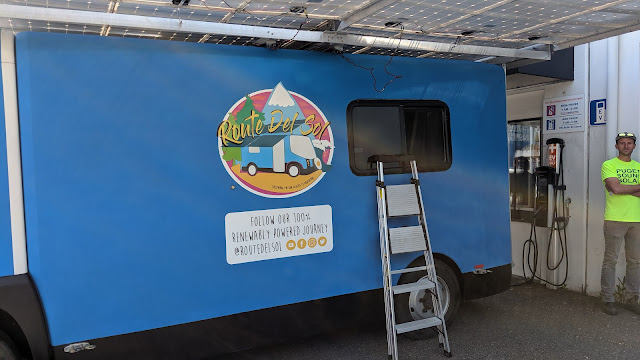 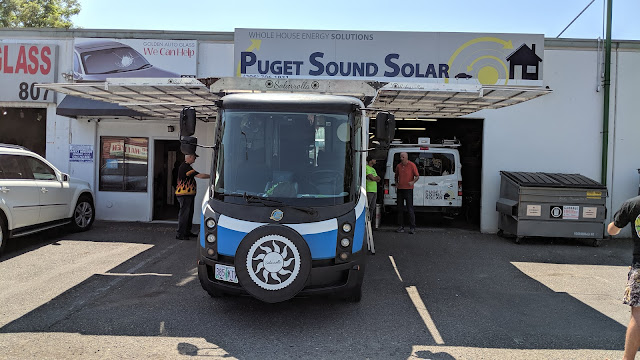 At Puget Sound Solar. This is a partial solar array setup. They also have another wing that extends from the back. The wings actually slide in under the center panel which makes setup quick and easy. Simply slide the panels out and plug them in!

In comes Solarrolla based in Ashland OR. First order of biz was bolstering the onboard 80 Kwh pack with a 40 kwh LiCo pack. This was done for two reasons; Boosting the 100 mile range was good but not nearly as vital as being able to store solar energy. The OEM pack can't use the solar energy directly so the 40 kwh pack is charged by the Sun and it then charges the 80 kwh pack. (which can also be plugged in a 240 volt charging station)  This brings the range up to 200 miles.  Solarrolla even documented the mods on You Tube so if you want some tips on how to prepare your van to live in for 3 years, this is a good start!

So after the supplementary pack, beds, solar arrays, etc. were added they were ready! 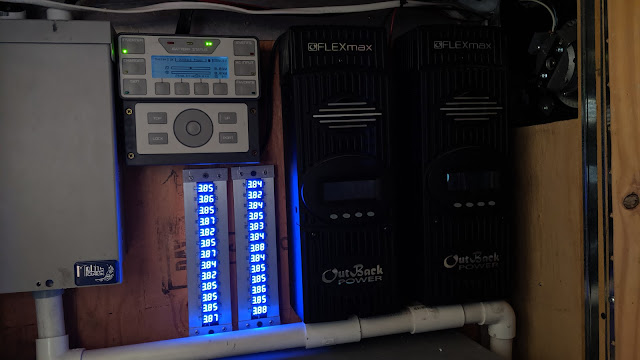 Inside the van hidden in a cabinet lies the brains of the system. 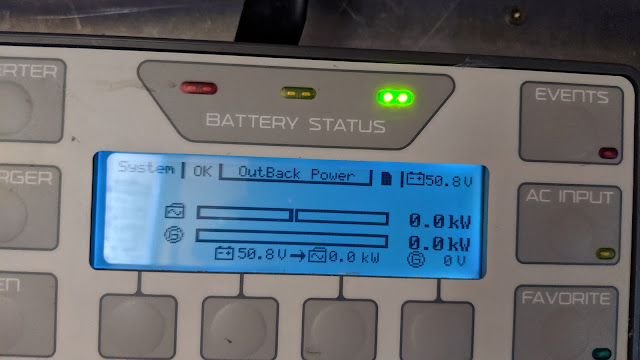 Status meter. If power was being transferred from one pack to the other, charged from line power or consumed, you would see it here. 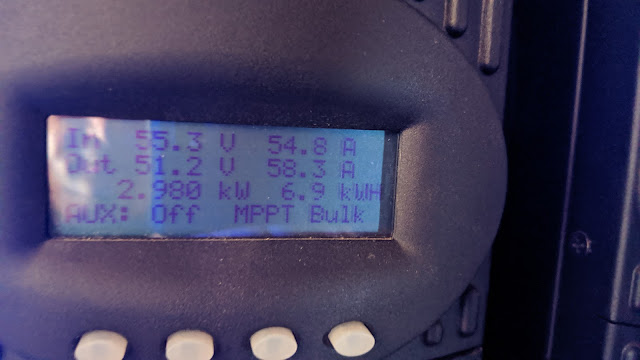 One of the two controllers for the solar (Outback Power) Remember the pix above? Van is partially shaded by the building, only has partial panel deployment and no solart tracking active but still pulling nearly 3 KW! Not bad! 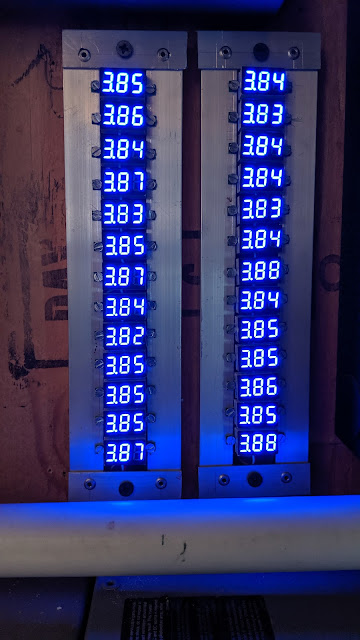 As we all know, pack balance is critical so having an easy to read display of battery voltages is key. Here we have a .06 volt spread. Not too shabby!
The Journey

They started the Summer of 2018 at the Arctic Circle on the Dalton Highway in Alaska, winding their way down thru the Yukon and into British Columbia. As all Northwesterners know, if powered by the Sun, you pretty much are not doing much traveling during the Winter. They were able to hit Washington early this year and enjoyed an extended stay in the region and after a few shows, they are set to continue Southwards here in a few days.

So there you have it! Not a whole lot of detail but Joel and Keegan has taken care of that. You can follow their journey and check out where they have been as well.

This the main page. Like any venture, this one still costs money despite the free fuel. So if you don't want to see our adventurers 25 pounds lighter when they reach the southern tip of Argentina, consider donating. Eating is always good.

You Tube for videos

And instagram (you probably already knew that was coming)

I had the GREAT fortune to meet Michael Foster!  For those that don't know, Michael is a Seattle area activist that has a huge concern over the sustainability of the planet. He became famous when he closed the valve on a North Dakota pipeline that was carrying Canadian tar sand oil into the United States. 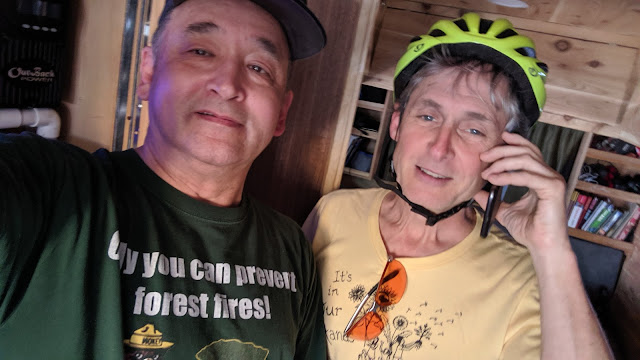 I saw a cool documentary about his and his co-harts exploits but can't find the link right now but here is a pretty in depth story about him. He is a true hero!