Happy Mother's Day to the kindest, selfless, most giving person I will likely ever know.  She may have only had 4 children in her life but there are far more than 4 people on this planet who feel the way I do about this woman. 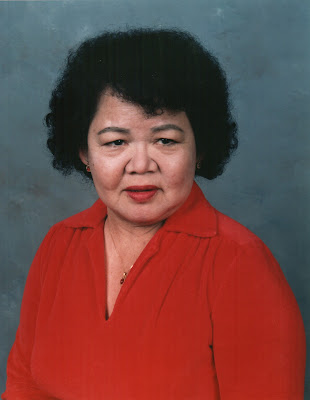 Now some would say that she was a typical Okinawan (Not Japanese mind you!) woman where the culture was simply different. Family and children were simply much more important part of life than what is the American accepted norm. It was this ideology that so endeared my Mother to so many people...American people that is.

It is interesting how different nations react in times of great tragedy.

In the aftermath of Fukushima; many Japanese volunteered to turn off the lights to save power for the good of the country. Japan realized there was a problem so all nuclear plants were shutdown immediately to address the issue. Despite the obvious enormous financial impact to the country; this lasted OVER four years!   In America, we have to use the threat of fines for people to stop washing their cars in the driveway during catastrophic drought conditions; a situation that grows drastically more severe every day but still remains at best no more than an inconvenience in the minds of most Americans.

To contrast;
In the aftermath of Deepwater Horizon, Americans did...well, nothing.  To do so would upset the stream of money to a destination that I have to say could probably afford a few lean days... Now I would never accept the job of determining which tragedy was greater but then again; Fukushima had a much more direct impact on people than Deepwater Horizon. Unlike Oil where the damage stops immediately after the oil stops burning, radiation is a done deal.  We can only wait it out.  So its easier for us Americans to sluff it off as just a "bummer day" despite the fact that long term destruction will likely outpace radiation due to Oil Pollution's Worldwide scope.  But that is how we Humans choose to view life in general.  We remember and believe what we are able to accept.

Now a lot also depends on how the issue is presented in the media.  How many people died from the Fukushima tragedy verses Deepwater Horizon? I can pretty much guarantee the answer will surprise most of you so you will have to read it yourself. Granted the 20,000 people killed during the Earthquake/Tsunami likely did a great job of bending our memories since we can blame something other than ourselves (Mother Nature did it! We had nothing to do with it)  for the deaths but the fact remains that some cultures simply view life differently.

But going back to the Japanese response to Fukushima is even more shocking considering the financial impact to the country. Such a money play in the United States wouldn't have had a chance.  As it stands now; Big Business determines where it will operate based on the highest bidder, in many cases paying little or nothing to locate to an area citing the salaries of workers who would pay taxes. IOW; making the little people support them while they bank many millions in effect siphoning money out of the local area instead of putting it in.

But not paying taxes is only the beginning. Oh course tens of millions in additional payroll will help the tax base but does it help enough?  Does it pay for the burden the new business has on the infrastructure? Can the area's roads and utilities handle the additional workers without major upgrades?  I was in the 2nd group hired at the new intel plant in DuPont, WA in 1996. Since intel was looking at two different sites a few miles apart, Pierce County, hedging its bets built a new freeway off ramp to serve one proposed site before the site was selected. In doing so, they bypassed all environmental studies, etc. to put up the ramp taking less than a year from proposal to completion.  In contrast; the Highway 16 interchange on I-5 has taken over 25 years.

Recently a Facebooker in a discussion or car tab fees and whether they should go up to better address the real cost of driving or stay the same very low price and his response was "not with my money!" but what seems like a self-centered response may really be the result of watching large companies making money hand over fist as the worker's share shrinks daily, but the real meat of the discussion is the reason why taxes were so low in the first place.

Unlike Uncle Sam; city, local and state governments have to balance their budget. They don't have an unlimited ability to print money as needed.  But instead of raising taxes to pay for desperately needed services and infrastructure maintenance, they keep taxes low and we suffer and we accept this because the threshold of pain is low.  It only means tires every 3 years instead of every 4 due to worsening road conditions or 45 minutes to get home verses 35 minutes because of a combination of roads not built along with mass transit cutbacks forcing more cars on the road.

So why does this happen?  Well, if taxes were too high, it forces a closer examination of who isn't paying their fair share; a situation that Big Business will do anything to avoid.  So next time a major company comes to town wanting a 50 million dollar tax waiver in exchange for a 200 million dollar annual payroll (and its added congestion) think twice about who is getting the good deal.