The Benefits of Guilt-Free Driving

Saturday, my little white microwave died.  It lasted thru 3 moves, 2 garage (maybe 3) sales,  4-5 years of neglect in the garage... It had a tough life. But it was a long life.

I got the microwave as a Christmas present roughly 15-18 years ago. I have literally had it forever  but it was a small one. 1.0 cubic feet I think and have no idea what the power level was... 600 watts I think.  It was put in storage when we moved because there was one of those hanging built in ones in the house.  Later I moved again and we got a bigger microwave from the in-laws I think so the little white one remained in the garage.  Unfortunately, it wasn't worth much so it garnered no interest when we tried to sell it. I think it was a bit too small for most people. Now that I think of it, I am beginning to have doubts that it was as big as 1.0 cubic feet...

But nevertheless, life without a microwave was not an option so I went down and got another one. This one was bigger. Big enough for me to be able to use my Chicken Roaster again. The little white microwave did not even come close to being able to handle the Chicken Roaster.

But when I got the new larger (1.8 cubic feet) Silver Microwave home, I realized that the smallness of the white microwave was the reason it fit so well on the kitchen counter.  The new one was way too big.  The white one was small enough that I could store my microwave plate cover,  plastic wrap, hot thing grabber and all the other stuff a microwave needs to function on top with plenty of room to open the cupboard doors above it. After all, it was the cupboard above that contained most of the microwave safe dishes and bowls I had. Blocking the cupboard was simply not an option.  I resigned myself to the fact that a microwave cart would be needed.

Well, normally I would bounce around online to determine what a good price to pay would be but I decided I had the time to do some comparison shopping and since I would be taking the LEAF, it would be nearly guilt-free shopping.

So I went to Shopko, then Target, then Goodwill, then Best Buy then another Goodwill, a Furniture Outlet place, Big Lots, Fred Meyer and Walmart.  It was after all this driving around town of 23.1 miles at 5.1 miles per kwh that I realized that Shopko (the first place I went to) had the best deal so I went back and picked up a nice roll around stand big enough for my Silver 1.8 cubic foot Microwave and my toaster oven.  I spent an hour putting it together which was pretty easy after unloading it from the car and bringing it in, which was not easy (It has a real granite top which didn't look heavy in the store  but...)

So sum total was roughly 45 cents in electricity and for my efforts... 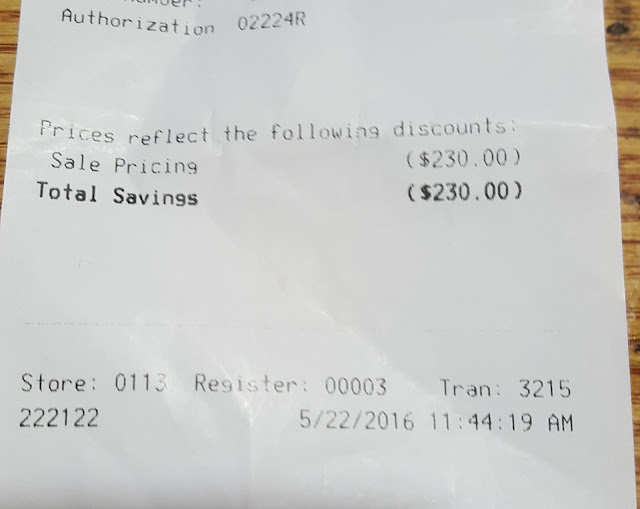 Not too bad I think!

Posted by DaveinOlyWA at 6:39 PM