Has Nissan Secretly Improved Their Batteries?

Heat related degradation in early LEAFs has been the largest of the few complaints owners have had with Nissan's LEAF.  People in Arizona had lost as much as a third of their range in just 2 years making a purchase of the LEAF out of the question. Nissan responded by adding a battery degradation warranty which states if you lose your 3 battery capacity bar within 5 years/60,000 miles, you get a replacement.  This roughly means you have to lose about 30% capacity. Well, there is a huge area of the country that has seen degradation but not quite that bad, namely Southern California.  Being one of the hotbeds for EV adoption makes this a much larger issue since many will just miss the level of degradation needed for a new pack.  So the warranty is not enough.

Nissan did say it was developing and testing a more heat tolerant battery that would be available soon or is already being put into production cars which is likely.  Already there is one car that is beating the degradation curve and beating it by a lot but that is only one car. So I am looking for feedback here.  Lets hear from people who have a 2013 or newer LEAF and a battery monitoring app like LEAF Spy to report their numbers ok?

Having received a few responses many of which mirror my own experiences, I have to add this 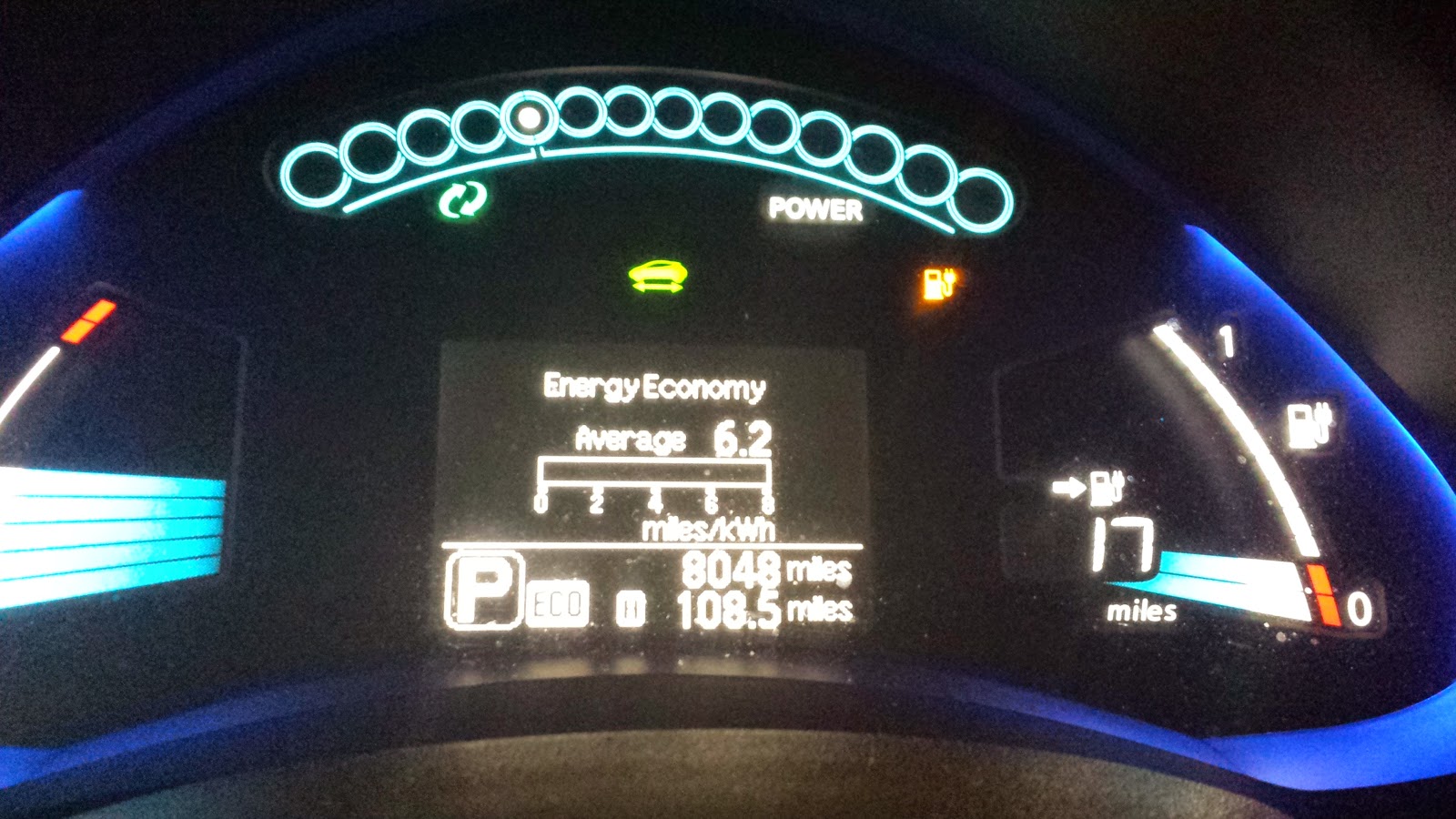 This trip I did the other day was all in town. It did not start as a range test but after 70ish miles or so, I was at 6.6 miles per Kwh mostly due to a lot of Saturday afternoon traffic which meant driving around at 10-20 mph.  It was the day before Father's Day so the shopping crowds were a bit heavier than normal I think.  As you can see, I blew up 100 miles and had plenty more to spare.  In my 2011, I purposely set out to go as far as I could which included driving around town, no freeways and no speeds above 35 mph. I ended up at just over 105 miles with no more than a few miles left in the pack.

I am not the only one. A response from someone who has 2 2011's and and 2014 and recently drove 105 miles in his 2014 with most of the trip at freeway speeds near 60 mph. He said neither of his 2011's could even come close to that performance. I concur. In my 2013, I have done several trips in the 90-95 mile range that was predominately freeway at speeds no more than 60 mph. My 2011 could not do much more than about 88 miles on its better days. And yes, my speeds range in the mid 50's and less due to traffic conditions but that is true for everyone in my area. Unlike several areas of the country, EVs are not allowed in HOV lanes unless they have 2+ occupants.
Posted by DaveinOlyWA at 10:02 AM