Out With The Old; Another LEAF Returns Home. (Not my home!)

34 months and 21 days ago, I brought home my 2013 Nissan LEAF S trim with the Charge package.  I went into it knowing it was pretty much the same as the 2011 SL I was turning in but without quite as many bells and whistles. Those I could live without but it was the range I wasn't as sure about. But 3 years ago, there was very little in the way of choices.  It was pretty much a Tesla or the LEAF.  The former was never a consideration, so LEAF it was.

I had few issues with my 2013. Only trip to the dealer was to replace AC hoses which I did receive a notice to get exchanged and did...immediately after they broke on the hottest April Day in Western WA history... Other than that, just for recalls and random updates. I was lucky. There were issues with the 2013 with brakes and other things but not here.

So here it was. I had less than 1000 miles left on my lease and exactly 8 weeks of my lease left. It was obvious what had to be done. I didn't say anything to her about my plans but I didn't have to; She knew the score.

So the return inspection was scheduled and that went smoothly. No extra charges. A bit of a surprise for me.  So an appointment was made and this morning I pulled her out of the garage for the last time.
Ahead was 82 miles of road in very heavy fog. A challenge for some but I wasn't worried and she was up for it. It was almost as if this was her last ditch effort to save herself, prove her worthiness and as always, she came thru with flying colors! As we descended into Seattle the Sun burst thru brilliantly turning a foggy Fall day into glorious sunny Summer Day! 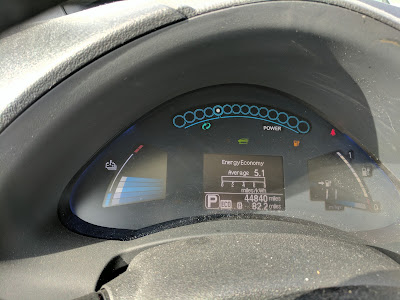 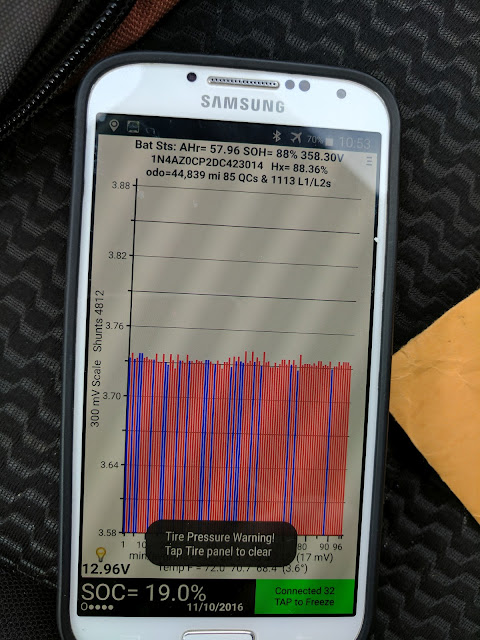 hmm... lost a mile there somewhere?